Funny stuff I wrote on websites that have other funny stuff

American Bystander gets its own page. Not because my work is s special but because it’s unique. Come see why…

This was run on the McSweeney’s Patreon Subscriber email newsletter; a “long-distance dedication” kinda like Casey Kasem did, except it’s not a pop song, it’s a McSweeney’s piece. Got that? Click the logo above.

Elon Musk! Let Me Do Your Job! – I’m totally into rockets and tubes and batteries and sliding boards and stuff!!

Season 87 Recap: This may be my last recap for a while- Rumors that Kanye West will play “The Farmer In The Dell?” Supposedly unfounded.

The Universe Tells Me – The universe wants me to be happy. The universe really does want me to happy. I am not happy. 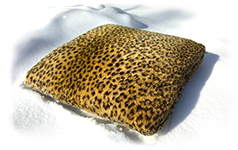 © 2021 All Rights Reserved, Lee Sachs, Cool Pillows, Inc.. Everything you see written here is mine and was written by me for the sole purpose of the user of this website ("You"). As such, any other use of this website or its pictures, descriptions or accounts of this site is really okay by me. If you share a joke you saw on here especially if it gets a laugh let me know. That would be really nice to find out.

I’d like to make this long-distance dedication to my dear friend Maureen. Maureen and I used to live near each other when we grew up and would walk home from school together. We’d usually stop at my house because it was closer. Mom would fix an after-school snack like her homemade toll house cookies. Eventually, Mom wasn’t home after school because Dad had left us flat broke and Mom had to take a job at the whittling factory miles away. Mom was one of those old school whittlers, y’know, nothing too elaborate: a stick with a point, an arrow made from a stick, a giant pencil looking thing with a sharp end. But she worked hard and wouldn’t be home until after dark. We’d make our own snacks and then when we were old enough, not legal-age old enough but do-bongs-after-school old enough, we’d really enjoy toll house cookie dough right from the bowl. One day, we found a bottle of Gibson’s Gin in the basement. We had never tried gin and drank too much, too fast. Just as we were getting really sloppy, Mom came home early. I panicked and suddenly got sick. As my mom was coming down to the basement, I couldn’t find anything to throw up in so I grabbed a glove that was on this shelf and threw up in it. That was a close one! And a ruined glove!

Years later, when Lethal Weapon came out starring Mel Gibson (as in gin??) and Danny Glover (as in vomiting into a glove?) Maureen and I just HAD to go see it together. It was great and we went out after and had gin and tonics like proper young adults and didn’t throw up into any container whatsoever! That turned out to be the last time I saw Maureen because she went off to become a nun in the Sisters Of Absolutely No Media order.

I’m staying with Mom now and taking care of her in her later years. She’s too old to whittle but got me a job at the whittling factory. I’m doing the more advanced whittling that Mom never touched like dagger shapes and really thin sticks. I wish I could see Maureen now so we could watch a Lethal Weapon I, II and III marathon and drink gin and wear gloves. But I know she’s dedicated to the Sisters Of Absolutely No Media and she’s not allowed to watch or engage in any media whatsoever including buddy copy movies. I don’t even know if she’ll hear about this long-distance dedication because she’s so completely off the grid … jeez, she might be dead. But I really hope not!
Anyway … thanks Chris and miss ya Maureen!!

While I am skeptical about the veracity of some parts of your dedication, Lee, I am happy to oblige your request. So here, from way back in 2005, is…